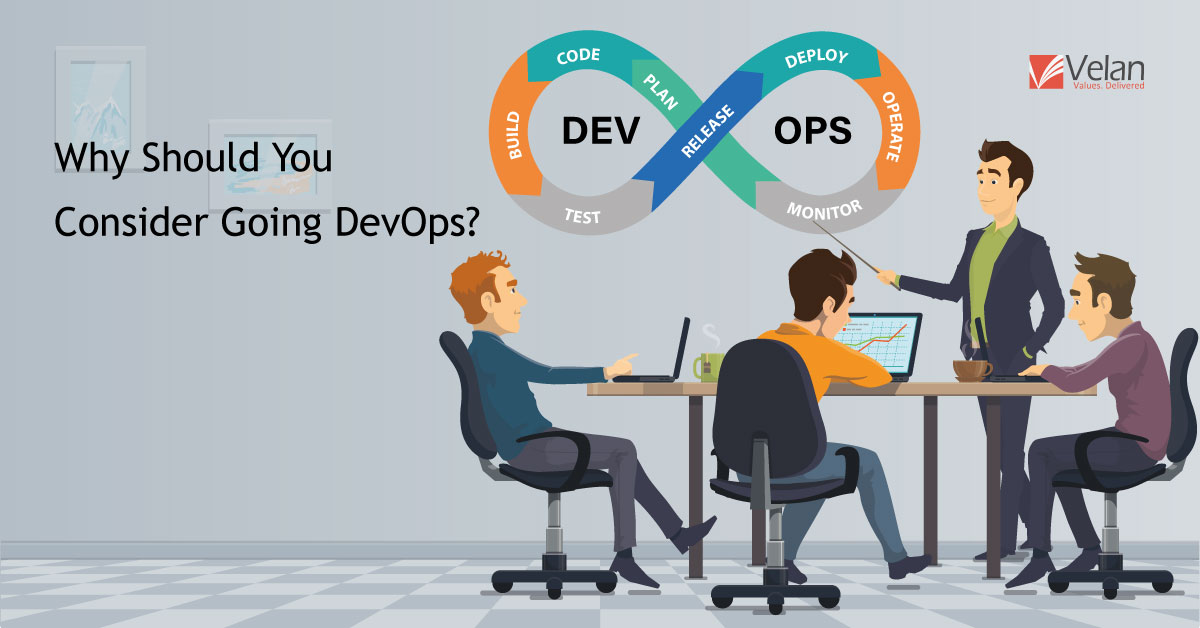 3 Major Benefits Nobody Tells You About Using DevOps

Why should you consider going DevOps? DevOps is a versatile set of IT practices that helps to break the Development – Operations blockades. It is the amalgamation of efficient process, people, and technology – automated and integrated – to constantly provide value to the customers.

DevOps is the compound of two words, ‘development’ and ‘operations’. The major breakthrough is, which were two siloed teams until the evolution of DevOps, now operate in tandem and together as a single entity to accomplish the goals faster.

In the DevOps domain, teams can work faster, streamline their operations, take advantage of efficient processes and benefit as a whole.

Success stories behind DevOps that you can relate to…

Before deciding why you should consider adopting DevOps for your business, let’s contemplate the success stories of famous brands that use DevOps.

Amazon is the most common platform that one would visit almost every other day to meet their shopping needs. Back then, since the sales numbers were not sure, there was a continuous need to pre-empt massive server capacity. And this was not good for Amazon as they ended up exhausting server capacity in huge numbers.

During occasions when the sales spiked, the server capacity would either get completely used or go waste.

This led to the genesis of DevOps in the form of Amazon Web Services [AWS] where the engineers could dynamically scale up and down the server capacity as per the needs.

It also helped the company to adopt a continuous deployment process that led to a lesser duration of outages, more revenue and happy user experience.

Netflix – which we now know as the most commonly preferred OTT – was a small streaming portion DVD service, back then, who used to send movies on emails.

Until DevOps was integrated, Netflix engineers would rely on open source methods to automate tools and handle the incoming traffic.

After owning a DevOps team, Netflix could see an immense difference in its cloud infrastructure in terms of efficient handling methods to manage incoming traffic, handle multiple requests at the same time, identify and resolve any vulnerabilities, fix outages in lesser time, give customers seamless user experience.

And this experience has led to generating massive income by more people signing up and consuming a lot of content.

The benefits of DevOps are huge. When the major businesses are already making massive income after owning the DevOps team, it is high time you consider your business operating with DevOps.

Software Companies are ruling the world. They are available both online and offline. A small brick and mortar company owns a computer and has the software installed for their business. And so are the Hardware stores.

Let’s understand in detail about the benefits of DevOps for Software Companies and other organizations.

As you are already aware by now, DevOps is more than just processes. It is a movement to associate siloed members and departments to create oneness in the organization.

As it unites the team, there will be increased communication and continuous collaboration between two teams. It will create room for constant discussion about the project updates.

The teams will have to come together to brainstorm and work out the best solution for their customers. And this will create an ownership mindset in every individual involved in the project.

In traditional organizations, the operations team would have to wait until the development team completed their codes to test and deploy. As a result, it took a lot of time and lacked cohesion. With DevOps in place, the teams can work in parallel and test and deploy the codes as and when they are done.

The need to wait until the code gets completely done can be eliminated. Instead, the developers can release the codes in smaller chunks so the operations team could test and fix it immediately.

Following the cultural benefits, let’s dive into understanding the technical benefits of DevOps.

Agile practices are at the core of the development-operations team together. Since DevOps is about the association between the two teams, the results are:

Unlike traditional organizations that took up to six months to complete the code development and then put it to test for the first time, it is exactly the opposite with DevOps. Greater competencies are built with code releasing hourly or weekly so the operations team can test it frequently.

The technical benefits of DevOps foster a healthy competitive advantage not only between the individuals but also between the competitor organizations. With continuous collaboration, the teams get to brainstorm a lot that will result in building better products for customers, thus bringing value to the company.

With the agile methodology, the errors can be rectified then and there and the development teams will have the benefit of iterative development and modular programming. The codes can be released in smaller chunks thus making room for continuous improvement.

When the important aspects to run a company are in place, the benefits for the business will become seamless.

The main business benefits of DevOps transform into lessened costs and necessity of IT staff. With DevOps implementation, the teams can work at a 35% lesser staff and 30% lesser IT.

With two teams working in tandem, the turnaround time for finishing a project efficiently is clear and obvious.

DevOps team helps the customers by giving trustworthy applications. This is the result of multiple brainstorming sessions involving leaders and experts to build the application.

The lifecycle of building software becomes clear, cohesive and confident.

The success of any organization is the capability to adapt to changing markets and DevOps will help your business with just that.

The change in mindset is the key to successful adoption of a DevOps team. The business and the staff must be trained in getting accustomed to Culture, Automation, Measurement, and Sharing. This will allow the team and the company to be nimble about decision making, streamlining the process efficiently and giving an overall best customer experience.

Quick Connect With Us

Quick Connect With Us